As much as one might enjoy and appreciate the brute force and energy of crossover noise rock and hardcore, it is also a genre defined and owned by part time old dudes who might not relate to their audience anymore. Luckily for us Direct Effect are youthful and reckless enough to make you go nuts, and invite the audience to do the same. The band is loud to say the least, existing somewhere between 80's hardcore and 90's Nirvana worship. On their debut full-length, the band has measured out close to a half hour of unadulterated, thought out hardcore punk that will make fans of Paint It Black, Pissed Jeans and Fucked Up stand up and head bang. What was only hinted at on the band's debut 7" is now fully formed on Sunburn. 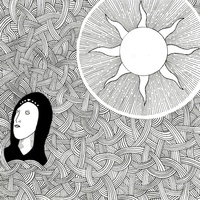