A former chemistry teacher, math tutor, and physics graduate student, Matheny left the academic world and spent the past decade traveling on buses and bullet trains across North America and Europe to perform several hundred concerts in venues ranging from a symphony hall in Portugal to the basement of a garden supply shop in Pittsburgh to a record shop/venue in the shadow of the Old City in Jerusalem. He's shared the stage with luminaries like Laura Stevenson, Sebadoh, Nada Surf, Thurston Moore, Sun Kil Moon, Casiotone for the Painfully Alone, The Hotelier, The Hold Steady, Jeffrey Lewis, and John Vanderslice.

"Wasted on the Senate Floor" is the first single from Oversleepers International, the eighth Emperor X full-length album, slated for release on Tiny Engines in early 2017. Though the song has long been a staple of live Emperor X shows, Matheny felt a growing urgency to record and release the song properly after watching with alarm as the U.S. presidential election campaign of 2016 descended into mass delusion and nihilism. "This song has always been about -- to the extent any song I write is about anything -- what it's like to live and love in a world where hegemonic media, late capitalism, and manufactured pseudo-consent destroy democracy. Seems like a good time to release it, doesn't it?"

Matheny lives in Berlin, where he helps operate Donau115, a small venue central to the Neukölln neighborhood's booming experimental jazz scene, and volunteers as a music technology instructor for a German NGO focused on supporting young refugees. His reputation as a producer, composer, and sound artist is also growing: an Emperor X song was featured prominently in the 2014 Warner Bros. film Veronica Mars. In 2011 and 2012, a collaborative sound installation work with art photographer Joel Sternfeld appeared throughout Europe in a travelling retrospective exhibition sponsored by Museum Folkswang. He co-produced the Sub Pop album Bits by jangle punk mainstays Oxford Collapse alongside Eric Topalski of Don Caballero. He has also been commissioned to compose video soundtrack music for labor unions and non-profit organizations including Planned Parenthood and SEIU. In addition to his label home of Tiny Engines, he has worked with several American and international labels including Bar/None Records, Burnt Toast Vinyl, Plan-It-X Records, the German/American label The Bomber Jacket and the Portuguese/German/Lithuanian multimedia collective Mouca. 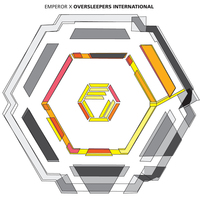