As the front man for Falling Forward and seminal emo torchbearers Elliott - the band in which he spent most of his adult life - Chris Higdon's voice was (and remains) the quintessential prototype. Variations of the Louisville native's magnetic delivery continues to crop up in young groups hoping to achieve even a sliver of the respect and adoration those progenitors earned within the scene.

Rounded out by bassist Bryan Todd, Nick Stinnett on drums and guitarist Matt Wieder, who cut his teeth in the early '90s hardcore outfit Mouthpiece, as well as River City rock staples The Enkindels, Frontier(s)' manages to seamlessly bridge the gap between the melodic, ethereal indie rock of Higdon's Elliott-era material and the blistering hardcore punk of the other members' earlier efforts.

Much like the city it calls home, Frontier(s) is hopelessly Midwestern. Louisville never accepted east or west coast definitions of post-anything, and the quartet is no different. Serrating guitars, tightly wound bass, and dime-stop drums are the brick to Higdon's mortar as he switches between airy tones and boot-shaking roar. The band channels enough hardcore angst and Husker Du-style buzzsaw guitar to make even the most jaded scenester flip their wig, while featuring pounding rhythms and a swirling wall of sound that land the listener somewhere smack in the middle of post-punk England and Washington D.C.'s Revolution Summer. 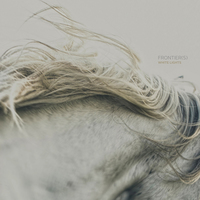