It Looks Sad. have changed a lot since forming in 2012. Their 2014 self-titled EP melded the overcast day at the beach sensibilities of Surfer Blood, with the murky alt-emo that bands like Turnover were edging into popularity at the time. But the two songs that followed on 2015’s Kaiju 7”, the only music the Charlotte, NC band would release for over two years, planted them at a crossroads.

On Kaiju's first song, “Creature,” singer/songwriter Jimmy Turner yelps the hook, “I got some things to do / but I don’t wanna do ‘em / I got some things to say / I will never say ‘em, to your face,” intersecting shoreline slackerism with emo desperation. The b-side, “Nagoya,” is more akin to the emo-gaze niche their to-be labelmates The Spirit of the Beehive would soon nestle into, dipping in and out of focus like the 2015 Beehive hit “Natural Devotion.” Each song presented a sensible direction for an emo-leaning band to take during peak revival-era, but It Looks Sad. rejected both pathways.

In fact, from a fan’s viewpoint, they completely stalled out. The group didn’t release any new music until a four-song demo in late 2017, and their tour schedule was sparse due to a series of lineup changes that ultimately slimmed them down to just a duo of Turner and drummer Alex Ruiz. But Turner was writing every day over the last three years (“I don’t think I ever stop,” he says”), and Sky Lake, the long-awaited It Looks Sad. full-length out 11/2/18 via Tiny Engines, sounds like the product of a voracious creator. And in many ways, it sounds like a completely different band.

Unlike any previous It Looks Sad. project, these 15 songs are more partial to synths than guitars. Opening track “Shave” recalls the thumping shimmer-pop of Washed Out, and there’re a series of sub-two-minute interludes that soak Turner’s disaffected voice in auto-tune a la fellow NC musician Mathew Cothran (Coma Cinema). Whereas Turner’s early material reached out to pull listeners in, Sky Lake builds a world that’s lush and inviting but doesn’t beg to be entered. Its hooks are noticeably less immediate than the ones on Kaiju, and the lyrics—though directed toward another unnamed “you,” a mysterious other whom Turner has sang at for years—are more ambiguous.

“I really wanted to write songs that just sounded like a dream, or visuals/symbols,” Turner says.

Although dreamy is a trite adjective, Turner says that the record, named after the Florida neighborhood he grew up in, is literally “a fantasy story of my dreams and things I’ve seen or hear in the woods while I walk.”

“I hear songs in the woods and let them kinda fall out of my mouth when I write,” he says.

On standout, “Sisters,” Turner lethargically croons, “Plastic angle, orange glow / dark towers, 3 in a row / 5 sisters stay by the lake / they’re not too far from my place I call home,” which reads like one of the acid flashbacks he refers to on 2015’s “Creature.” The whole record has an out-of-body characteristic that lends itself to the fantastical origins of the lyrics, but it never falls off into psychedelia.

Like the otherworldly wizards Beach House, Sky Lake has one foot in the heavens and one on earth. Songs like “Drool” and “Pig” spend their first halves floating upward, and then deliberately pop before they escape beyond the atmosphere. The rainfalls that ensue upon their sonic payoffs are thick yet short-lived, quickly letting up to a light sprinkle.

When it comes to music of this stature, there’s always the risk of hitting too heavy with the textures and drowning the listener before the record’s over. On Sky Lake, It Looks Sad. know precisely when to toss their audience over the bow and when to throw them a line. Like the majestic waterbody its title evokes, it’s an album that’s fit for both diving into and floating on top of—but never sinking. (bio by Eli Enis) 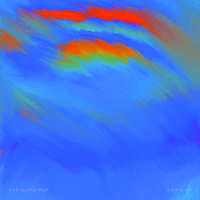 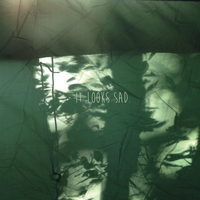 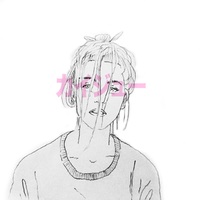