Jouska (JOW-ska) is defined as “the imaginary and often lively conversation that you carry out in your head between yourself and someone else.” Although that’s an accurate way to describe the thematic ethos of the Albany, NY by Philly quartet, their name has taken on a different meaning since their 2015 inception. Jouska represents the collective experience of making art together, of travelling across the country to share that art with others, and of the resulting unification among those who are involved in that lifestyle. It’s about finding camaraderie on the fringes of modern society, of turning that hypothetical conversation into something real—something that makes the world feel a little less abysmal.

After an introductory EP in 2015, the band released their debut full-length Topiary in 2016, which The Alternative described as “a record full of introspection, angst and the erratic feelings that come as a result of struggling to cope with reality.” Despite its lo-fi aesthetic, Topiary was filled with grandiose arrangements that melded emo, post-rock, indie rock and ambient music into something entirely separate from Jouska’s contemporaries. Just as frontperson Doug Dulgarian writes songs about being an outsider, the band’s music is equally representative of that notion; nestling in between a handful of sonic references without emulating any one in particular.

Nearly two years later, after months of meticulous recording, mixing and mastering, Jouska are ready to unveil From Elson to Emmett, four songs about four different people that each expand upon the comprehensive musicality of Topiary. With a keener sense of dynamics, sleeker production, and a noticeable increase in their confidence to engage in both lengthy builds and tender lulls, this is by far Jouska’s finest selection in their still-burgeoning and immensely promising career. The EP will be released via Tiny Engines this Spring, and will be accompanied by a hand-drawn comic book that’s designed and assembled by Dulgarian himself; inspired by artists such as Daniel Clowes, Charles Burns and the Scary Stories To Tell In The Dark series; and containing liner notes, lyrics and a story of its own.

The release of From Elson to Emmett is the beginning of a new era for Jouska, one that’ll continue to develop and push the boundaries for what constitutes a “band”—and what self-expression represents to these four people—for years to come. (bio by Eli Enis) 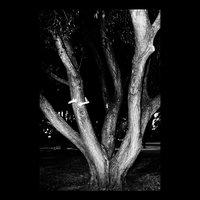 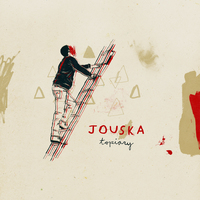