There are certain ineffable qualities to being a punk band that exists meaningfully. In the most simplistic terms, within the music there must be some sort of art practice, something communicative. Even in its most barebones brashness, precise construction goes a long way. This has never been a problem for Philadelphia’s Mannequin Pussy. With two full-length albums, 2014’s G.P. and 2016’s Romantic, inspiring critical acclaim from places like Pitchfork, NPR, Stereogum, the A.V. Club and more, it’s something impossible to describe and impossibly easy to notice. “Being in a punk band where you don’t want to take yourself too seriously while trying to aggressively make art through your music,” frontwoman Marisa Dabice explains of the band’s objective, “I think people sometimes expect kitschy-ness and I don’t want to do that.” There’s no danger of it.

Mannequin Pussy began as a duo between childhood best friends Dabice and guitarist Thanasi Paul. The pair wrote together, eventually feeling pressure to record a collection of songs. They did, and the bulk of Dabice’s first ever original material became their debut release, G.P. The demos showed immediate promise: Dabice’s idiosyncratic guitar playing of someone rediscovering their musical edge and Paul’s instrumental mobility. G.P. is a hopeful sort of scrappy experiment—but one that wouldn’t fully realize Mannequin Pussy until the duo met their creative collaborators in bassist Colins “Bear” Regisford and drummer Kaleen Reading.

Now a quartet, the band’s sophomore LP, Romantic, embodies Mannequin Pussy’s greatness: 20-minutes of hungry, genre-defying eclecticism that no longer feels like a collection of tracks but a record of real, discernible cohesion. Romantic kicks off with its title track, Dabice whisper-singing intimate vignettes of loneliness before exploding into trash-punk realizations—it’s hard to miss the mark when she offers the eyebrow-furrowing scream “I’m in hell.” It proceeds “Emotional High,” the most loving track on the record—a punk-pop anthem that removes itself from the transparent toxicity of some of the album’s other themes, or the progressive politicism of a song like “Pledge,” which offers the listener a new pledge of allegiance, one to themselves and no one else.

At their heart, Mannequin Pussy is a band that mosaics, taking unlike parts and making something new and whole from it’s unique pieces. It’s the direct result an artistic marriage between it’s four members, helmed by Dabice’s no non-sense, vulnerable and strong worldview. “What we hope for when people experience our music is a cathartic release, to not feel so alone in the emotions that most of us have, to maybe see the way other people experience theirs,” she says of the band’s aspirations. “Above all, the hope is that someone can listen to this album, feel connected to it on a personal level and have it set them free from all the toxic feelings that we hold on to.” It’s evident that they will, and do. 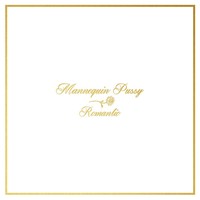 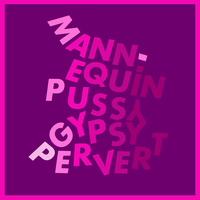