If Somos was a pop punk band when it formed in 2012, then the Boston-based trio is now a full-blown guitar pop band by comparison. For singer and bassist Michael Fiorentino, guitarist Phil Haggerty, and guitarist Justin Hahn, that evolution came naturally. On their third album, Prison On A Hill, Somos sound like the mellifluous intersection of The 1975 and Alkaline Trio. Gleaming synths and ‘80s-style percussion steer songs like “Absent and Lost” and “Young Believers.” Yet despite that, the album still carries the energetic spirit of their breakout debut full-length, 2014’s Temple of Plenty. Just listen to the blissfully anthemic “Untraceable Past.” Fundamentally, Somos are writing pop songs; they just happen to be intertwining guitar-driven rock as they do so.

The fact Prison On A Hill exists at all may come as a surprise. In 2016, Somos announced they were going on a hiatus, the result of exhaustion from constant tours. They quietly invested more time in other jobs and local activism efforts. Meanwhile, Fiorentino and Haggerty began writing music for an undefined side-project — that is, until it became clear those songs were meant to be Somos songs. “It’s funny,” says Fiorentino. “We didn’t think the hiatus would be this short. But once we gave ourselves the space to write music free from a project, we started writing Somos songs again.” Their efforts spawned two standalone singles in 2017, “Strangers On The Train” and “Permanently Lost.”

Free from expectations or outside pressures, Somos found themselves doing what they were always drawn to: writing songs, ignoring genre expectations, and, above all else, having fun as friends. You can hear all of this in Prison On A Hill. Recorded with Jay Maas (Defeater, Bane, Title Fight) in Boston this past winter, the tracks seem to come effortlessly, as if Somos fused the youthful energy of Temple of Plenty with the pop creativity of 2016’s First Day Back. It should come as no surprise that Somos were influenced by The 1975, Churches, The Japanese House, and the Rock Against Racism movement. Beneath the lush musical scope Somos created are lyrics hoping for political reform. In “Mediterranean,” the band tackles the rise of the far-right movement in Europe. In “Iron Heel,” they examine authoritarian rule a post-fascism world, Mad Max-style. Even the album’s title—a riff on the phrase “city on a hill,” an idealized term used to describe Massachusetts Bay Colony and later adapted by Ronald Reagan as a warped American Dream for the U.S. at large—has political roots. As Somos return to Tiny Engines with Prison on a Hill, the trio has a similar eager-eyed look as it did during their breakthrough year. Somos are back to having fun again, though they’re plenty serious about what they’re singing about, too. 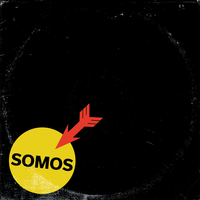 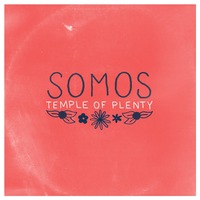