Written over the span of close to a year, Desolate Peaks, is the debut full-length from Santa Rosa, CA's State Faults. The band delivers on the album title imagery with an intense emotional landscape rarely traveled. Drawing upon elements of 90's emo and post-hardcore, State Faults is explosive but never to the extent where it overpowers the nuances of the band's songwriting. These songs are always able to breathe to their full potential. The band is adventurous and always pushing forward but never choose to wallow in grandiosity. State Faults expertly find a perfect balance between craft and composition.

State Faults consists of four soulmates with a DIY ethic trying to make honest and explosive music. Formed in early 2010, the group immediately began writing and recording music within the cramped confines of a 2nd floor apartment. Huddled together in the California heat, the band created a tightly knit sound which gave birth to an impressive self-released debut EP, Head In The Clouds. Released in late 2010, the EP quickly spread through word of mouth and the band began to cultivate a devoted following. In what can only be described as an advancement of the sound created on Head In The Clouds, the band's Tiny Engines debut, Desolate Peaks, takes State Faults to new uncharted levels.

Desolate Peaks aims true with darker, more aggressive tones. There is a raw, rough edge to the album that signifies the intense writing/recording process of the band. No doubt State Faults are heavy and frenzied in nature but there is an almost light, angelic quality that echoes throughout Desolate Peaks. It is in that dichotomy where State Faults thrive. The harshness of the vocals against the intoxicating instrumental backdrop of the band gives State Faults an epic, otherworldly effect. There is a desperation and frantic urgency that pervades the band's ambitious songwriting. It's all a natural progression as Desolate Peaks continues progressive journey that began when the band first formed in 2010.

Continuity is a prevailing theme across not only Desolate Peaks, but harkening back to Head In The Clouds as well. State Faults tackle similar emotions through different narratives on Desolate Peaks. Lyrically, Desolate Peaks deals with the human experience and themes such as love and mortality. It is not only about finding the true meaning of self but also in how that self relates to the universe as well. Desolate Peaks is a musical journey through the highs and lows that come with the natural rise and fall of life. 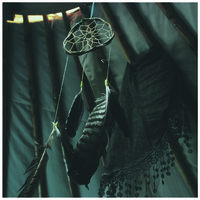 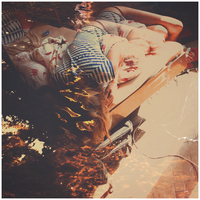