On appearances alone, Akron, Ohio’s Annabel could be any modest midwestern rock band—scrawny, bespectacled, with grins as permanent as their tattoos. A similar innocence might be perceived in their songs, in guitars that jingle and a bass that romps puppy-like, in vocals that compete with the music like a little brother for attention. But subsequent listens will reveal Annabel to be a band whose elements tangle into something complex and complete. Indeed, Having It All feels orchestral at times, with guitars that intertwine and sometimes collapse into harmonic hums. The sticky chords on “The Fortunate Ones,” for example, are wrenched around by a stubborn drumbeat until a quiet chorus, during which singer Ben Hendricks warbles beneath the thrumming rhythm and whispering organ; toward the end, though, that quiet chorus rises into a roar during which melody burns white hot and the instruments, indistinguishable, melt into a pummeling progression. At no point does this complexity weigh the album down; instead, Annabel’s third full-length (and first with Tiny Engines since 2010’s Here We Are Tomorrow) feels joyful. The toms on “The Importance of Disappointment” bob with a rubber bounce, skip beneath guitars that spiral and spin like melodic mandalas. Even songs like the distant “Days In Between” and “How To: A Self-Help Guide,” whose acoustic strokes chop through spectral wisps, don’t sound like sad songs; instead, they serve as breathers, counterbalance the songs that seem breathless. This busyness doesn’t make Annabel any less modest; their music still possesses some pastoral, midwestern appeal. It’s just that their seeming simplicity, however sweet, may be more plentiful than it appears. 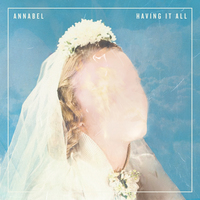 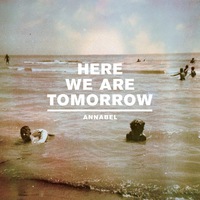