Eerie Gaits is the solo/side project of John Ross of Wild Pink. In between recording and touring with Wild Pink, Ross recorded, mixed and mastered 'Bridge Music' in his apartment between the Summer of 2016 and Winter 2017. Inspired by driving, particularly over bridges, 'Bridge Music' showcases Ross' love of American folk music as well as hymns and anthems. Influenced by Brian Eno, William Tyler, Eluvium, Daniel Lanois, Rameses III and the Ken Burns' "Civil War" soundtrack, Eerie Gaits provides a further look into Ross' depth as a songwriter. With Wild Pink, Ross' introspective lyrics often rise to the forefront. However, with Eerie Gaits, Ross writes songs just as memorable and open, but without vocals. With help from Maxwell Dale Creagh Roll on pedal steel and Steven Vallone on accordion, Ross crafts sophisticated ambient guitar landscapes that envelope the senses and transport the listener. Much like Wild Pink, the pace is deliberate and the sounds are immersive. Yet Ross admits the songwriting for Eerie Gaits is more musical and melodic in its approach. Written in two batches, the latter collection of songs showcase a more ambient and spacious approach while the first songs are more guitar driven. Regardless, the album flows remarkably well as the sounds shift effortlessly back and forth. 'Bridge Music' is a triumph and a mesmerizing beginning for Eerie Gaits. 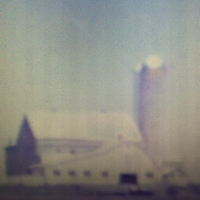