In the Fall of 2011, Michelle Zauner and Kevin O'Halloran (previously of Post Post) joined forces with Ian Dykstra (Titus Andronicus) and Deven Craige (Strand of Oaks) to form Little Big League. Shortly thereafter the band recorded their debut 7". Released in April of 2012, the two songs offered a glimpse into the band's promising future, which after months of writing and playing live took solid form in their debut LP These Are Good People.

The band's debt to 90s indie guitar rock is respectfully paid while Zauner's gorgeously unique vocal stylings and striking lyrical imagery add to the album's dark atmosphere. There is a level of tension and impending danger built, both lyrically and musically, that revels in the vulnerability of us all. These Are Good People is an album about coming of age, loss, and the overwhelming acceptance of reality over a failed romanticism. Due out this Summer on Tiny Engines, the album is a stunning indie rock debut from the Philadelphia quartet. 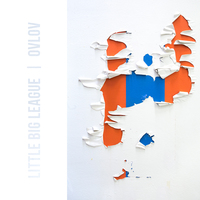 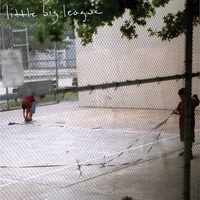