Tiny Engines and Look Mexico are excited to announce the band's long awaited third full-length. The LP, entitled Uniola, is officially out June 24, 2016 and will be the band's first release since 2011's Real Americans Spear It EP on Adeline Records.

Tiny Engines welcomed Look Mexico back into the fold in 2013 as the band celebrated their 10 year anniversary. In 2008, Tiny Engines' very first release was Look Mexico's Gasp Asp 7". And eight years later, 2016 will see the second Look Mexico release courtesy of the Carolina-based indie label.

Look Mexico steadily built a cult status on the backs of endless touring and early releases like 2007's classic This Is Animal Music LP and the following Gasp Asp EP, influencing countless other bands who would follow. After a whirlwind few years shuffling between cities and labels the band would slow things down after 2011's Real American Spear It. But, listening to Uniola you get the feeling that perhaps that was the best thing for the band. Through marriage, kids and life in general, Look Mexico has slowly crafted a mature album that speaks to growing older and wiser yet still unmistakably captures the essence of the band. The album manages to build upon the magic of those earlier releases while adding a newfound soulful depth to the band's songwriting. Four years in the making, Uniola proves that good things come to those who wait. 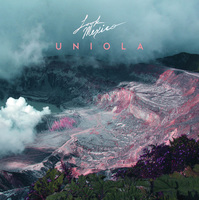 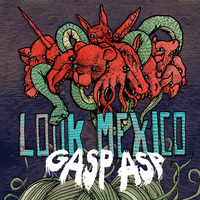